A lunch was held on Sunday 27th February 2011 in honour of our Dato Seri Selvamany and Datin Seri Poovayee at the Royal Lake Club, KL. The lunch gathering was initiated by a group of senior ASI students led by Tan Sri Nuraizah (62/63 batch). Merlyn, Hau Kiang and myself were co-opted into the organising committee in late January 2011. Besides honouring DSS, the gathering provided an opportunity for old and not so old Andersonians to meet up and most importantly, Dr Rokiah, the lead writer of the biography on DSS, had the opportunity to provide an overview and progress report on the book so far. The book is expected to be launched in July 2011. 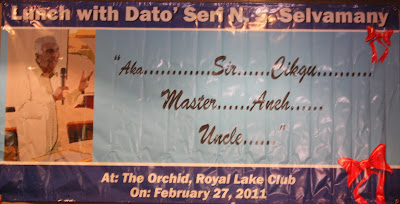 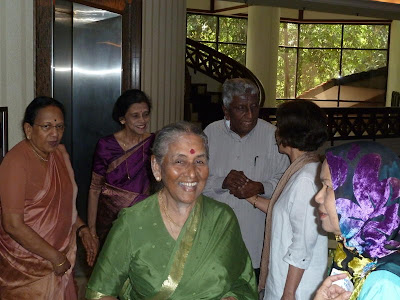 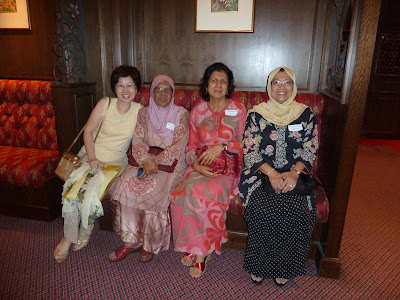 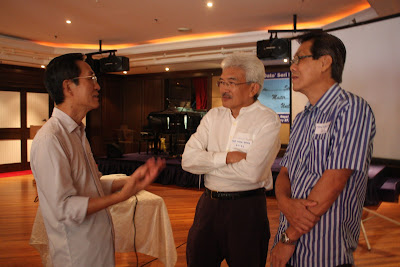 The Orchid Room of The Royal Lake Club was packed with about 70 students from as far back as 1950s and to the 1970s. Amongst the notable seniors were Tan Sri Razaleigh Hamzah, Tan Sri Sallehudin, Tan Sri Aris Othman, Dato Seri Azmi Khalid, etc.

The following from the 66/67 Arts group came along to lend their support to the event…the guys were Yew Sen, Sor Hwa, Fook Seng, Kam Loong……and the ladies were Pit Loo, Gek Kim, Ah Nya, Rashidan, Chou Sarn, Jauhara, Lailatool and my boss Ah Kat. We were very happy to see Rusila Razak back with us again. Some of the others you may know include Khaw Siok Chye, Dato Salleh Yeop, Yap Shek Seng, Shoib Abdullah, Lee Ean Chiew, Raja Noora, and her sister Raja Ropiah.

After DSS arrived, everyone sang the ASI school song with Dato Ghazali Yusoff playing the piano….this reminded us of the school’s assemblies every Friday. This was followed by a welcoming speech by Tan Sri Nuraizah, a progress report by Dr Rokiah and some personal and touching stories by some students whom DSS has helped personally. The finale of the day of course was the speech by Dato Seri Selvamany. Hearing his speech is an inspiration itself.

To Strive, To Seek, To Find and Not To Yield.

NB A special thanks to Gek Kim, Lailatool, Rashidan, Jauhara, Ah Nya and Ah Kat for the good work at the Reception counter and also special thanks to Dr Amir Sulaiman (youngest ?) and his daughter, Lydia Sulaiman (joining Form 6 in ASI soon) for the video-taping and photography.
Posted by Unknown at 12:25 AM