On the Saturday evening of 16th April, we took Paul Chong down to Petaling Street which he has not seen ever since he migrated to Australia in 1982.Of course ,there were a lot of new things to him....the big screen, the canopy cover,etc. Paul did not pick up anything for himself or his wife during the walk....he told me....."my wife has everything already". As the humidity inside the stalls was too much for him, we adjourned to an air-conditioned cafe for some cold drinks and ice-kacang. 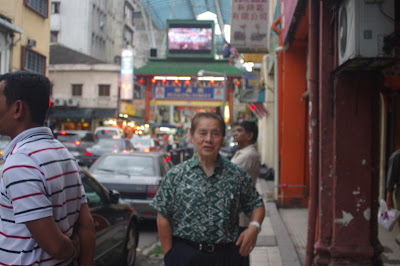 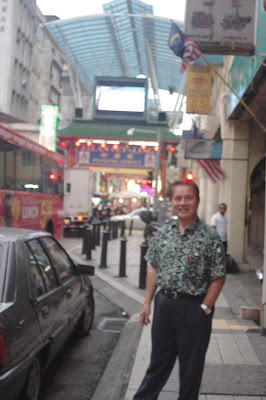 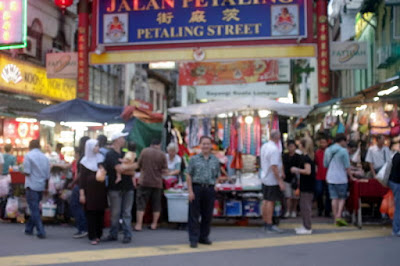 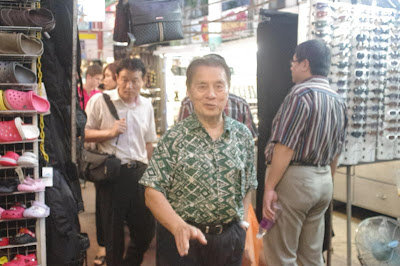 Later we went back to the KL Academy of Traditional Chinese Medicine to meet up with Kat and Wu Sor Hwa who were attending TCM classes on that Saturday night (of course, I ponteng). Later, we brought him back to Subang Jaya for some soup kambing. 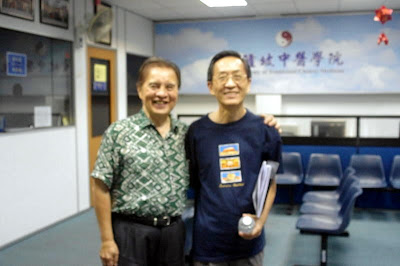