The Citation at the Convocation on October 01, 2012


He received his early education in Batu Gajah and his tertiary education in Raffles College and later, University of Malaya in Singapore where he did his BA and Diploma in Education. An avid sportsman he played badminton and hockey for Raffles College and the University between 1947 and 1951. He received his AIED from the University of London where he studied from 1964 to 1965. He served as a graduate teacher, and later Head of the Arts Department and Senior Assistant at Anderson School between 1952 and 1972. 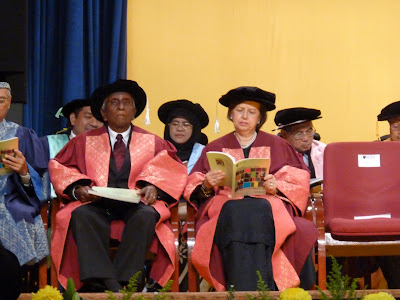 Dato' Seri Selvamany was not only a graduate teacher but also a genuine educator with a heart overflowing with love for all students without discrimination; each student, for him, is a seed to be tended for a fertile life. Whatever problem of the student, each student under his tutelage he was the educator, the nurturer, the friend to whom one can pour out secrets; there lies his unique personality such that thousands of students felt the sincere love of a dedicated teacher and principal. What was unique, his strong spirit as a teacher has never changed since he first set foot in school and even after his retirement. Indeed, the torch of his life transcends age and working life and daily life. Wherever and whenever he is appreciated as an exemplary teacher.

From his marriage with Datin Seri Poovayee he has two daughters known as Professor Dr Malini Patel and Dr. Nalini Pranu.

Dato’ Seri Selvamany has contributed not only to education but also to the community. Among other posts held, he became vice president of the Old Andersonians Club in 1996; was adviser to the Juvenile Court in Perak from 1983 to 1986 and a life member of the Society for the Promotion of Mental Health from 1998.

This year Selvamany added to his list of achievements when the book titled “Selvamany: More than a Teacher” authored by Prof. Dr. Rokiah Talib from the University of Malaya was launched by DYMM Sultan of Perak on 15th January 2012. 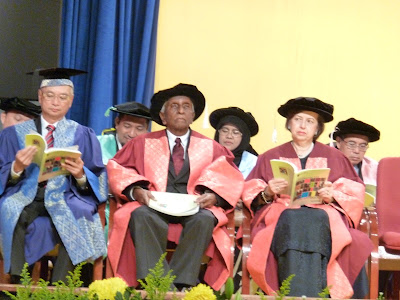 Members of Sekolah Anderson Ipoh, Sekolah Menengah Idris Shah and Sekolah Menengah Seri Teja, Gopeng Perak who have known him and have been taught by him are among those fortunate enough to experience an educator who possesses strong values, sincerity, integrity, mutual respect and cooperation with others without considering race or religion. These are the values he inculcated in his students. It is true that a teacher of great spirit will produce students with good values. Dato’ Seri, your contributions and service to education are impossible to reward even with this award today. Your contributions are not only applied as effective learning like that introduced by renowned educationists such as Gardner, they are also written as a new theory in education called the overflowing kindness of the sifu. Your name Dato’ Seri Selvamany will be written in history. For you sir to sir with love, forever love. 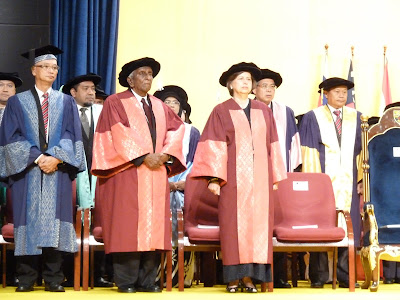 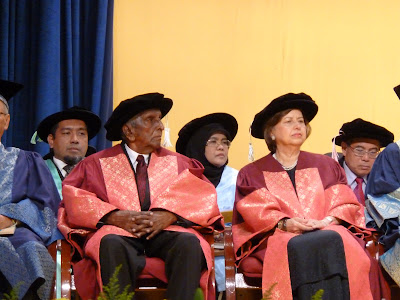 (Note: This is the official translation of the citation read out at the Convocation on October 01, 2012; However, please view the video too for natural tears of joy!)
Posted by Unknown at 7:19 PM