If you have been following our blogspot postings regularly, you would be aware that we had spent a lot of time, effort and money to help this boy after we came to know him in April 2010. You would probably have wondered what was so special about him that attracted us to shower so much attention on him. 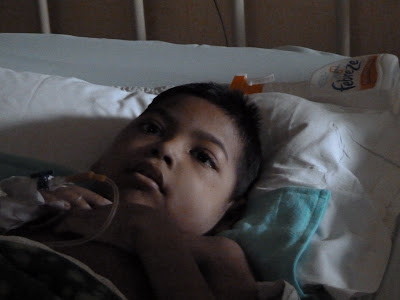 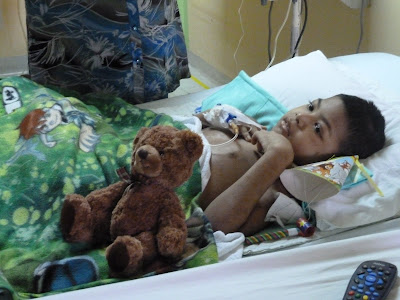 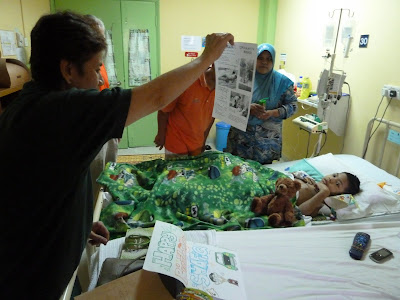 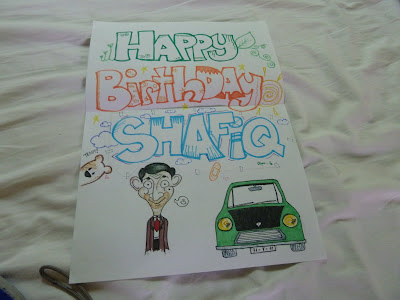 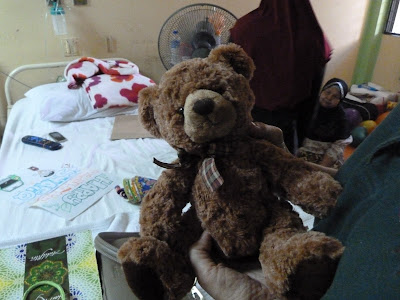 Yes, Mohd Shafiq was special in many ways – he was the type of kid that everyone would like to have as a son. He was intelligent, jovial, cheeky and naughty at the same time, friendly, spontaneous, disciplined, and most of all, very caring. The more you got to know him, the more you liked him. I am sure Hau Kiang, Merlyn, Sarkawi and Hatiah would agree. 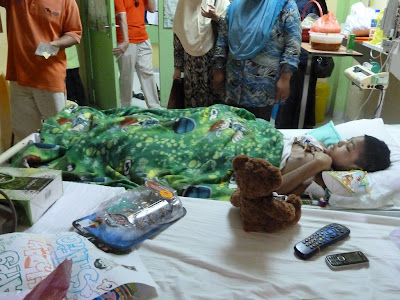 Let us share with you a few points about Shafiq that will certainly touch your heart:

a) Whenever he is given food, he would always make sure that his grandma gets served first. On Sunday, 31st July when we were busy dishing out spaghetti, he asked “Tok dah ada?”

b) About two months ago, he told Kat that he had dreamt about a black snake biting his right leg. Kat told him that the black snake was extracting toxins from his body. He was not convinced, of course, but he told Kat not to mention the dream to his mother. He said his mother is worried enough already.

c) In November 2010,Shafiq and family dropped by to Subang Jaya for a visit. He had just been discharged from HKL after a chemo session following amputation of his left leg. That was the first time we saw him without one leg. Kat asked him “Are you OK, Shafiq?“ He cheekily replied “Yes, I am OKU”. Kat promptly choked to stop herself from bursting into tears. She remembers thinking that she will always be reminded of Shafiq’s reply whenever she asks someone that question.

d) In the earlier days when he was still mobile, Kat asked him to describe the pain. He said he can “tahan” it most of the time but he would cry out when the pain came suddenly and took him by surprise. Even then he seldom cried. He said if he cried his mother would worry more.

e) The first time we visited him in Serendah was in February 2011. He was already using morphine patches to control the pain and he could no longer move around on his own. So he always had to call for help whenever he needed something. That day he was teasing his sister, Husna, calling her “Kerajaan”. He said “Pak Lah kata pihakkerajaanmestimembantu orang yang susah – saya orang susah, Kakakmesti bantu saya”. Then he glibly added that his kampong is in Kepala Batas, where PahLah comes from.

f) Later on when the pain level was too high, the doctors in HKL prescribed liquid morphine on top of the morphine patches. Apparently he was the one who determined how many patches to wear and how much morphine to consume and he always reminded his mother when the next dose was due. On Sunday (31st July) when we were gathered in his hospital room to celebrate his birthday, we heard him ask his mother to remind the nurses that it was almost time to replace his morphine patches.

g) On the day when he was taken to HKL (17thJuly 11) after a tumour on his right thigh had burst, he gave RM50 to his sister. “Iniduitbelanjasekolah. Kot2 Maklupanakbaginanti” he said. According to his mother he kept all the cash that he received from well-wishers – he stashed them away under the pillow, or mattress, for safe-keeping. He would then ration the money for whatever necessities that his mother had to buy.

These are some of the stories that will surely move your heart and it came from someone who was bed-ridden and had been fighting for his life for the past one year. Despite the pain and discomfort, Shafiq will always greet us or bid us farewell with a smile.

We have lost a very good boy. May Allah bless his soul.