From One Master To Another....Cikgu Abdul Rahim Hakim

After the biography was launched, DSS has been wanting to visit and present a copy of the book to Cikgu Abdul Rahim Hakim, a much respected senior teacher of ASI and later Sekolah Menengah Idris Shah,Gopeng.When Sekolah Lawan Kuda was set up, Cikgu Rahim was chosen to be the first Principal (see pages 130-131 of the biography). So we decided to go on Friday, 16 March in the late morning. 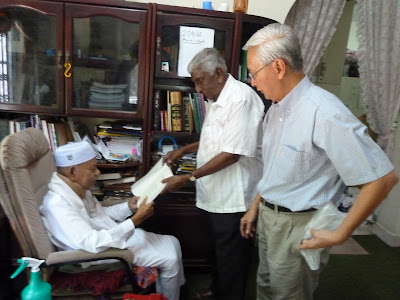 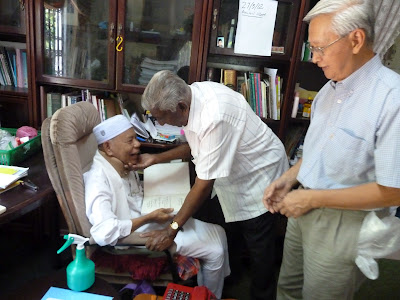 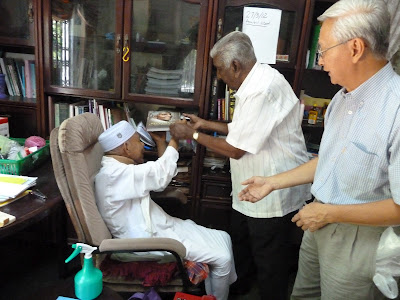 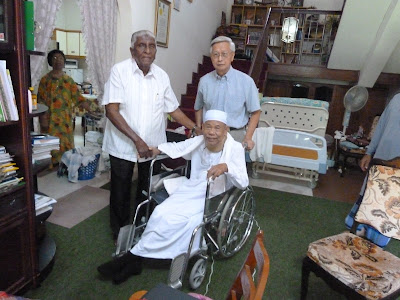 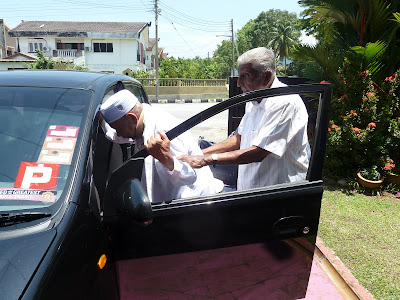 When we arrived, Cikgu Rahim was dressed and awaiting transport to go for Friday prayers at the mosque nearby.The 2 old friends called each other "master"......that is the measure of their respect for each other and when they hugged each other, their eyes were teary. Cikgu Rahim kept telling me and Khadijah that DSS is definitely "more than a teacher"....he repeated this phrase several times even before seeing the title of the book.

Despite some severe health challenges,Cikgu Rahim was very friendly and cheerful and believe me, he is surrounded with 2 laptops and a printer.....so I nudged our DSS that is still not too late to be computer savy.....let us pray.