On Friday 16th March, Mr Ng Yook Woon , another true–blue Andersonian (from 1948 to 1957) organised a reunion of his batch of 1955/1956 and 1956/57 Form 6 students to celebrate DSS’s 86th birthday belatedly. With the biography launch and the subsequent busy schedule of DSS and some other members of the group, they only managed to come together about 2 months later. About 30 former students, including Dato’ Seri Chan Sek Keong (Chief Justice of Singapore) and his wife, Datin Seri Elisabeth Chan, gathered at The Indulgence, Ipoh for a very eventful evening of togetherness with their Master and with each other. Kat and I was the youngest couple there. It was certainly an eye opener for us to witness a gathering of former students of ASI (the 7 series group). 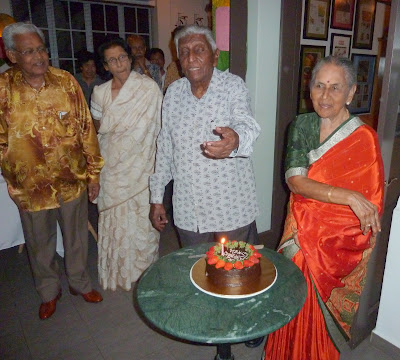 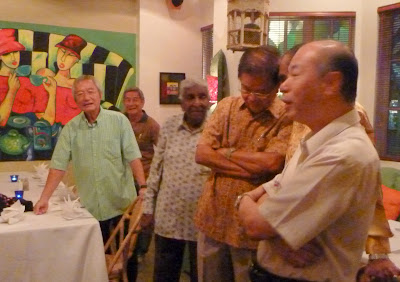 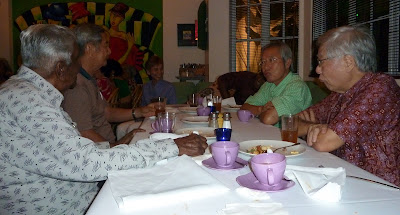 After the birthday cake was cut by DSS and DSP, the 7 series grouping attempted to sing the Anderson School song. Ng Yook Woon had to provide the leads…..obviously, many of them has forgotten the lyrics….perhaps the only person who could sing without interruption was our DSS.