This is the “ Gang of 4” in 1967. Look at the “obiang” specs worn by them then!! But where is Thoo Poh Yik now? He seems to have disappeared. He was in SIN (1971 or so) but went back after he resigned from SIA. Can anyone locate him? (And can you all imagine that Chin Fook Leong was to later become a top cop in Singapore?) 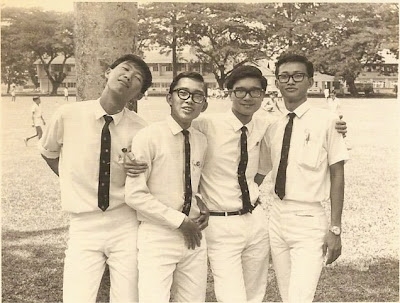 Pictured below is the gang of 4 in 'work uniform' but minus Thoo Poh Yik! In his place is Ahmad Sharkawi; (Even then Poh Yik could disappear at will, what more now??) 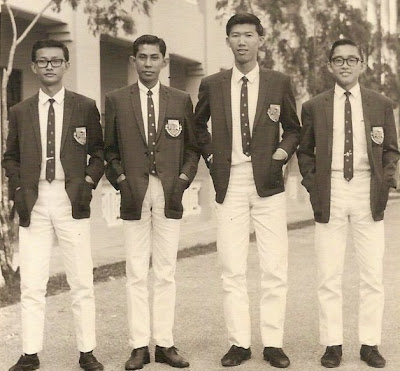 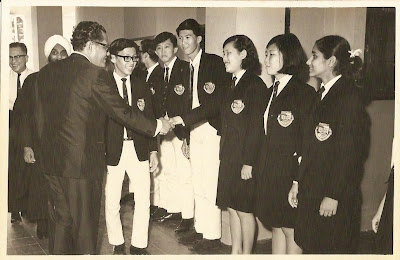 
Photos and Story by Chin Fook Leong
Posted by Unknown at 12:54 PM