Being sadly lacking in imagination, all I have mostly done today (Tuesday) was to take him round to eateries and other palaces of gluttony. (Last night we gorged on crunchy Buntong bean sprouts with steamed chicken and Ipoh koay teow. Then it was back to the house for some conversation and green tea to wash away the chicken fat. About 10 pm, I dropped Paul off at the Ipoh City and Country Club - where he was entertained by old friends from Lions Club until I don't know what hour). 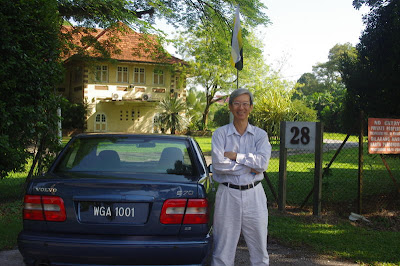 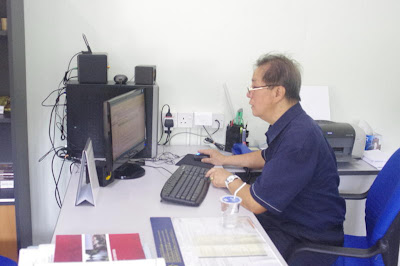 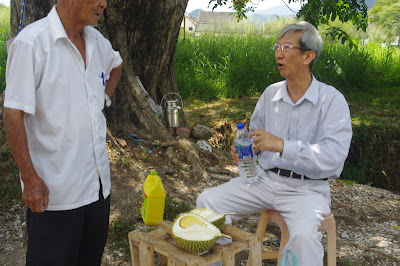 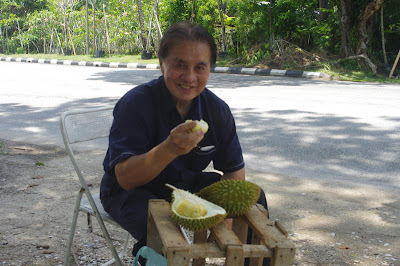 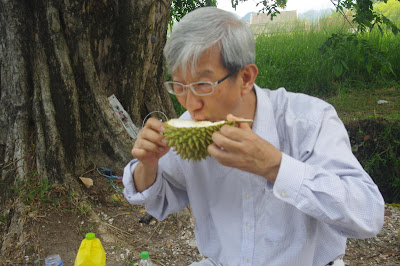 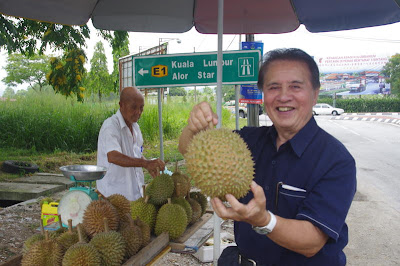 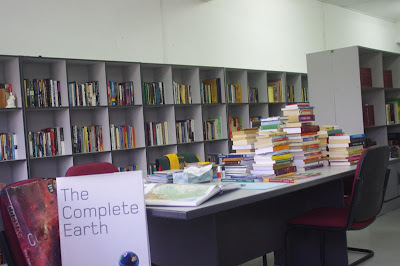 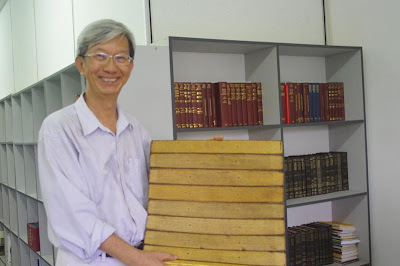 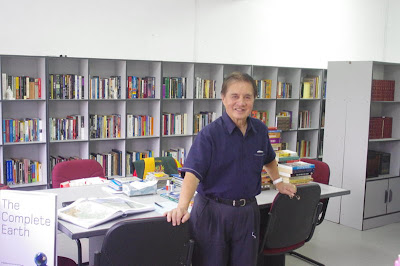 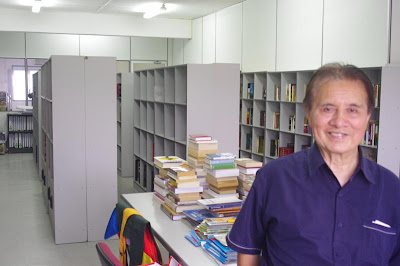 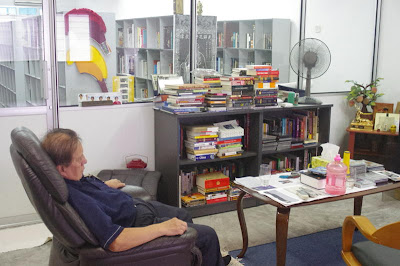 Breakfast today was chee cheong fun with dried prawns and chilli sauce, and Hailam steamed pulut rice with sweet red kaya, washed down with local black coffee - not the souless stuff masquerading as Old Town White Coffee (yuck) fit only for ignorant tourists and Starbucks kids. He turned down an offer to order meehoon mee with dry chicken curry, the best in town.

I took him over to my office to get access to the Internet. Looks like he had a lot of mail - he was at the keyboard for about an hour. Of course, we never missed the opportunity to take lots of pictures.

Then, about lunch time, over to the friendly old man and his daughter beneath a tree at Jalan Canning Estate for raja musang and udang merah. There were none, so we had to settle for D24 and No. 88 - opened for us while we ate happily by the roadside. More photos were taken. We drank water from empty durian rinds for the guaranteed cooling effect. Would have been better with some salt.

Then I took Paul back to the house to play some CDs - Perry Como, Al Martino, Eddy Arnold, Johnny Nash, Dinah Washington, Patti Page, Roy Orbison, etc. He sang along in his best baritone: he could be karaoke king of Western Australia without really trying. My neighbours had no idea. I closed all doors and windows to spare them. The wife was safely on the way with my No. 1 son to KL this morning.

Come afternoon we watched a movie about "The Man Who Sued God". It's an Australian film about a man who sued the church because his insurance company wouldn't pay for his losses fron an act of God - which, surprisingly, Paul has never heard of or seen. Maybe we are not so ulu in Ipoh after all.

Tonight we had a 5-star home cooked meal at Pretam's house. There was another guest - Dato Anwar Hassan, President of the Old Andersonians' Club. After that more photos and a yak-yak session. 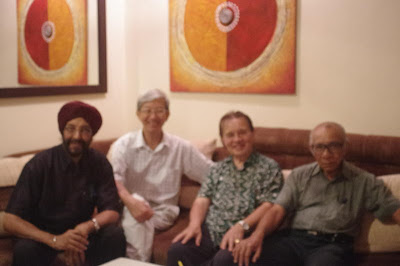 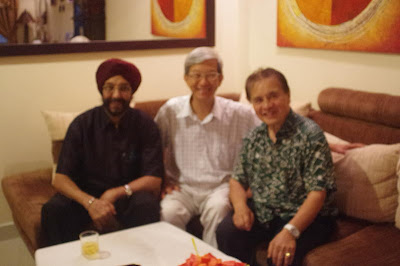 It's midnight. I am home to report that all's well. Paul's back in his room at Ipoh Swimming Club. Tomorrow morning, I shall take him meet DSS, then drive him to Taiping to meet up with Poh Lam for lunch, leaving Paul in the safe hands of his dear sister.