I'm sure most of you would have heard people tell you off when you say you're busy. They'll remind you that, hey, you're a pensioner, how can you be busy!?

Well, you can judge for yourself from my continuation of the saga left off by Hah Chye.

After lunch at the New Club in Taiping, I drove Paul up to Seberang Jaya (mainland Penang to those of you who didn't pay attention during Paul's Geography lessons) to see his cousin in the 'fishy' neighbourhood of Taman Siakap - must have been some unimaginative civil servant who decided to name all the roads in this vicinity after fish - Kurau and Tenggiri are nearby, in case you want to know. 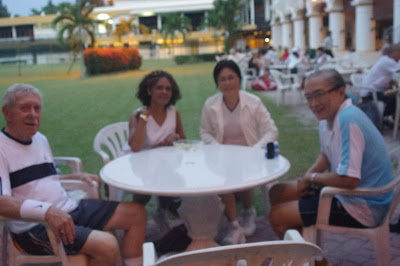 Anyway, after paying our respects to Mr Yeoh (Paul's cousin), I dragged him along across the Penang Bridge to Penang Sports Club for a cool refreshing drink (that was my excuse, anyway), then left him in the library to read (and perchance to nap and dream) while I fulfilled my obligation to play tennis with, inter alia, an 81-year old expatriate from USA. Then we had a chat (correction, Paul had a chat with my playing partners, I was too busy downing a couple of frothies). 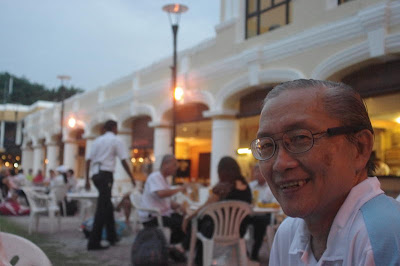 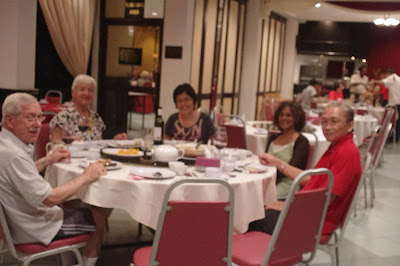 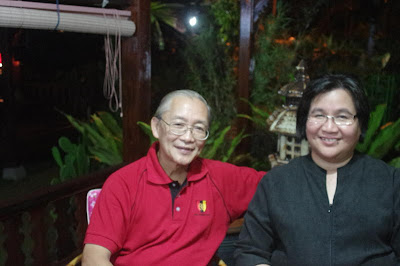 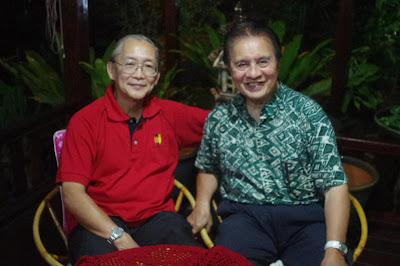 Then we had a cozy dinner in the club restaurant before I had to drag him home with me (back across the bridge) to meet the Boss before her bedtime!

Tomorrow I've strict instructions from his sisters to return him safely to Taiping. As soon as my head clears from the beer and wine, I'll figure out where to take him for breakfast...

pohlam
Posted by Unknown at 7:21 PM